Dominator Does It Again!

Pompano Beach, FL --- The FSBOA sponsored Sunshine State Stakes were contested in four non-wagering classes for 2-year-olds on Sunday (Oct. 29) with new life marks produced in three of the four $12,000 finals -- all trained by Kim Sears.

Jennifer was sent to the front when the gate folded and marched through an opener of :31 before yielding to a rank I Rhoda Daley (Wally Hennessy), who raced very wide while taking command halfway through the mile in 1:01.2. Approaching the third station clocked in 1:32.1, I Rhoda Daley again raced very wide allowing Jennifer to scoot on through to take command and achieve the win measuring 1-3/4 lengths. Ms Katie B (Gary Braden) was third and last in this event.

The $6,600 windfall pushed Jennifer’s earnings to $10,993 in her six starts with the bulk of the lucrative Florida Stakes season just ahead.

Wally Hennessey was in the bike for the juvenile trotting mile for colts and geldings and another Proud Bushy offspring, Brian, also owned by Jay and (trainer) Kim Sears, scored a gate-to-wire win in 2:02.4, lowering his previous mark of 2:06.3.

Clocking panels of :30, 1:01.1 and 1:31.3, Brian, named after Jay’s Hall of Fame son, scored by 1-1/2 lengths over Prairie Eclipse (Mike Deters) with Treasure Quest (Tom Lehmann) next. Jiro Dangerous and Captain Thomas completed the order of finish in this quintet.

The $12,000 filly pace went to Krinda, giving Kim Sears her training triple and Wally Hennessey a driving double. This daughter of Six Of Diamonds, owned by Jay Sears, eclipsed her former mark of 1:58.2 with a wire-to-wire win in 1:57.3. Krinda’s opening panels were :29.1 and :59.3 along the way with her margin 4-1/2 lengths over Diamond Eyes (Bryce Fenn) with Prairie Foolish (Jim Meittinis) third. Starcasim finished fourth while Prairie Stars picked up the nickel in the sextet of youngsters.

The 2-year-old pace for the colts and geldings went to Gold Star Diablo, a gelded son of Mysticism in 1:57.4. Wally Hennessey was in the sulky for the Mike Deters trainee, who was away fourth but rushed up to take command at the opening marker of :29. From there, Gold Star Diablo sliced through panels of :59.2 and 1:28.1 before a :29.3 finale sealed the deal by 1-3/4 lengths over Jay Jay (MacDonald) with Silver Wings (Corey Braden) next after a mild bid around the final bend. Dontblevmejuswatch was a distant fourth while Mister Special T picked up the final award.

Gold Star Diablo, already the owner of a 1:55.3 mark at Mohawk, has banked $14,630 in his first six trips back of the mobile starting gate.

Pompano Park’s $10,000 Winners Over Pace went, in an upset, to Bestinthebusiness, driven by trainer James Yoder for Brett Boyd Racing. The 9-year-old gelded son of Another Mile went a brave first over journey and in a cavalry charge to the wire eked out a photo finish decision over E R Melvin (Rick Plano) with Rockntouch (Mickey McNichol) third. The time was 1:52.2. The 1-5 favorite, Sing For Me George, was fourth after a stinging opening quarter of :26.2 and subsequent panels of :56.1 and 1:23.3.

In a post-race interview, driver James Yoder said, “He’s a tough horse that is very handy and not afraid to go first up on any competition.They were all right there at the finish so there is a lot of racing luck that plays into things and, tonight, we were the lucky ones.”

In garnering his sixth win of the year in 14 starts, Bestinthebusiness sent his seasonal bounty to $33,696. Lifetime, Bestinthebusiness has won 40 times with earnings of $383,400 to go along with his 4-year-old mark of 1:49.4 at Mohawk. The winner was second choice in the betting and returned $9.60 to win.

In other action, the Florida Amateur Driving Club had two events on the card and Dein Spriggs swept both, the first with Extracurricular and the second with Garlandsandpearls.

Extracurricular, an 11-year-old gelded son of Revenue S trained by Nick Surick for RBH Ventures, won for the 39th time during his career measuring 256 starts, stopping the timer in 2:00.1. Out-dueling Zorwijk Impact (Joe Pennacchio) and New Scent (Teddy Bowman) around the opening turn, Extracurricular had 3-3/4 lengths to spare over Zorwijk Impact and 5-3/4 lengths over New Scent on the line. Extracurricular has banked $369,556 during his career. Off at 1-2, the winner paid $3.00.

Garlandsandpearls, 5-2 on the morning line, wore down Crazy Ponda (Jamie Marra) in the final stages to score by a half-length in 1:58.3 and return $14.20 to his faithful. Groovey Kid (John Campaagnuolo) finished third over Geronimo Fame with the 1-5 favorite, Its Complicated, fifth after a very difficult journey.

Racing continues on Monday and Tuesday with first post set for 7:20 p.m.

"A WINNING PICTURE IS WORTH 1000 WORDS"
Another winner after using The Dominator® Circe's Blend! Welcome to our friends in Puerto Rico! 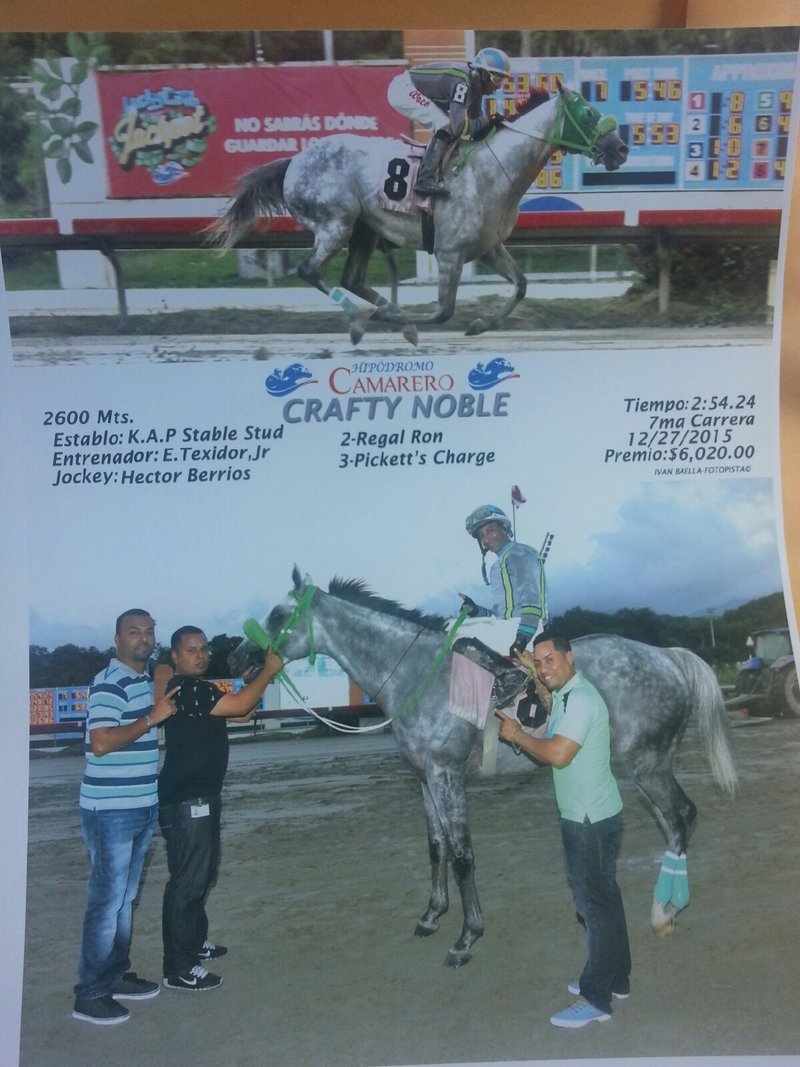 'Killer Bird' made it another win for The Dominator®! 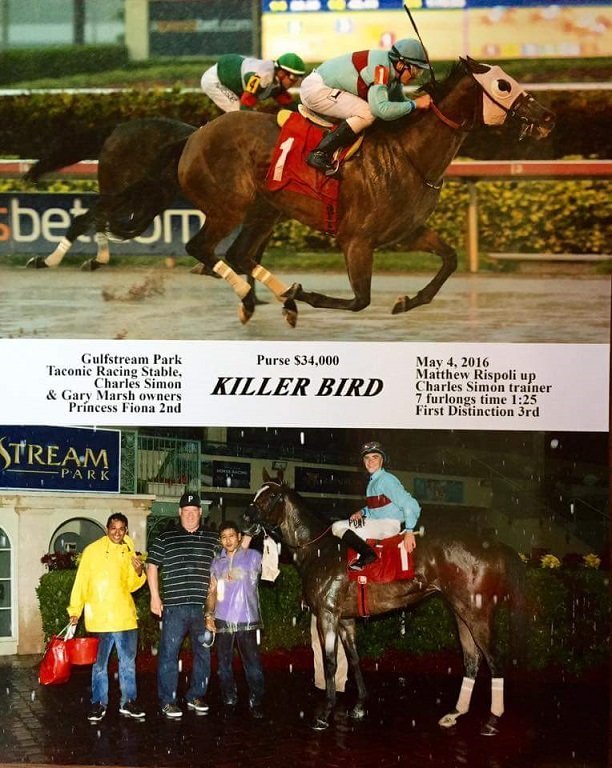 'AIRE BUENO' made it another win for The Dominator®! 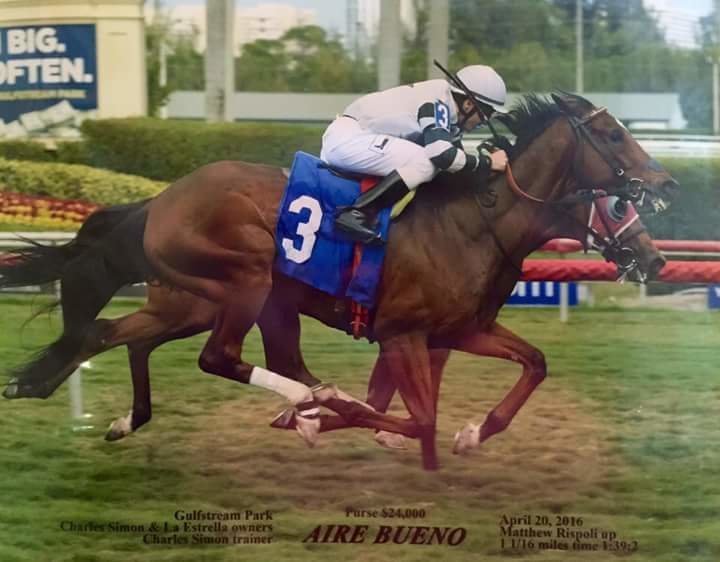 Jewel of a Cat wants to thank The Dominator® for getting her to the finish line! 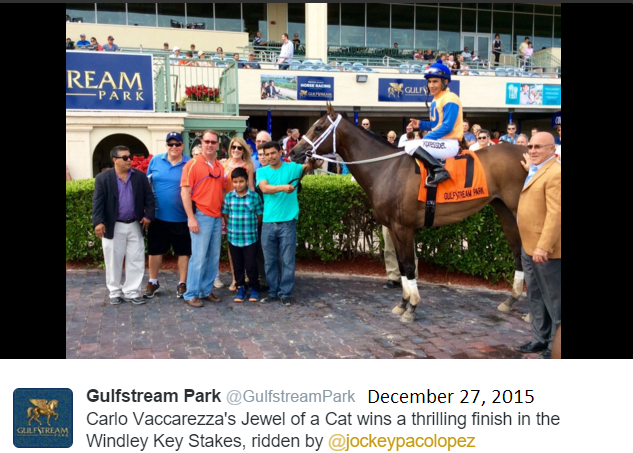 TOO WILD FOR WORDS "DOMINATED" THIS RACE! 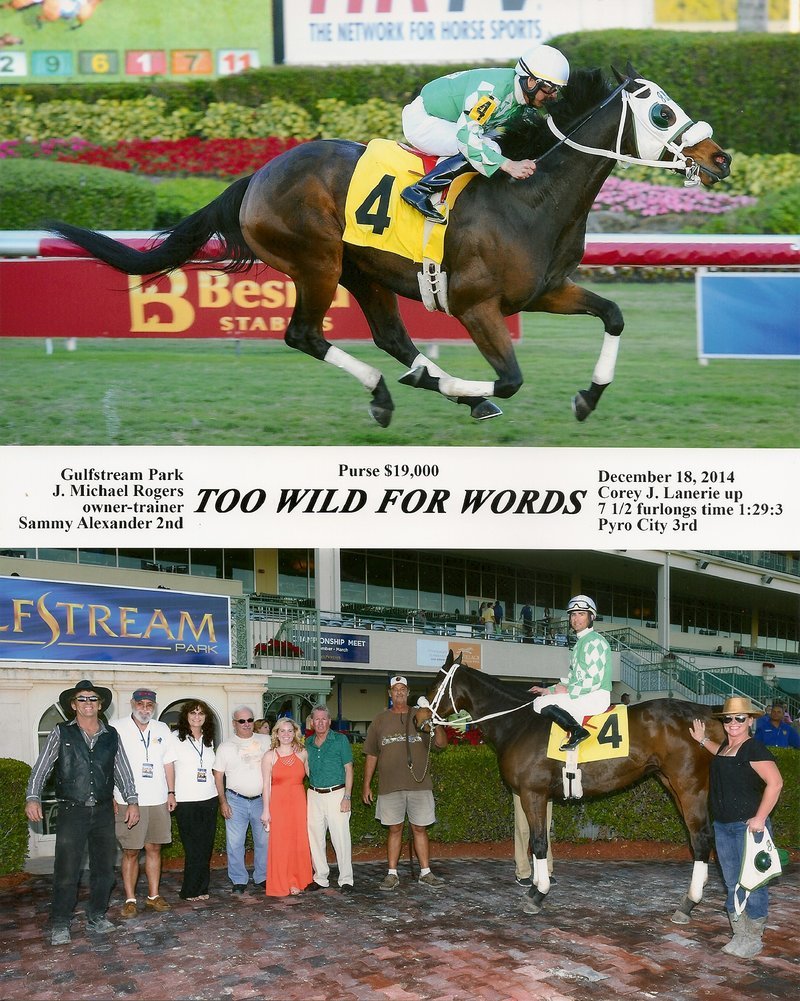 'Killer Bird' made it another win for The Dominator®! "HEALTHY HORSES RUN FASTER" 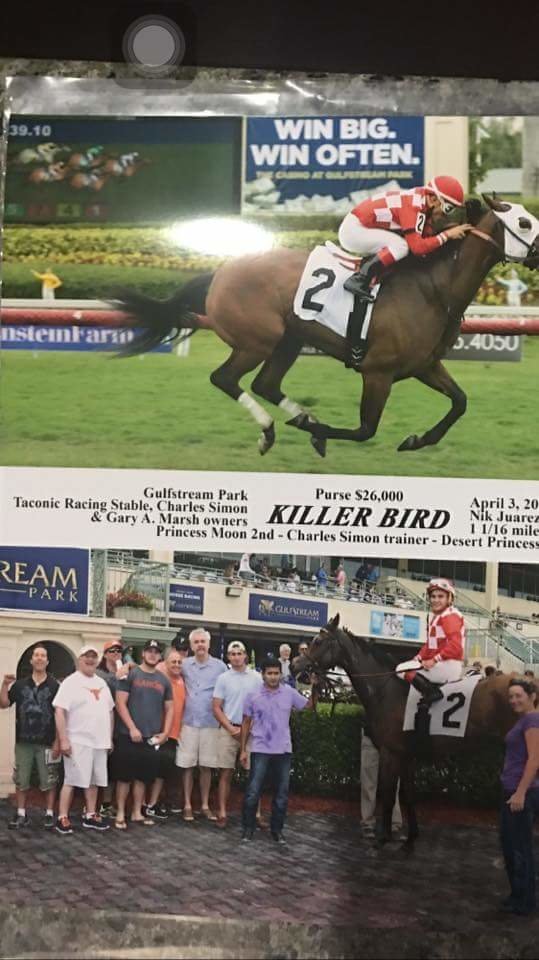 It was a chilly night in Charles Town but Summer Frock "HEATED" up the track with a "HOT" win along with The Dominator®. 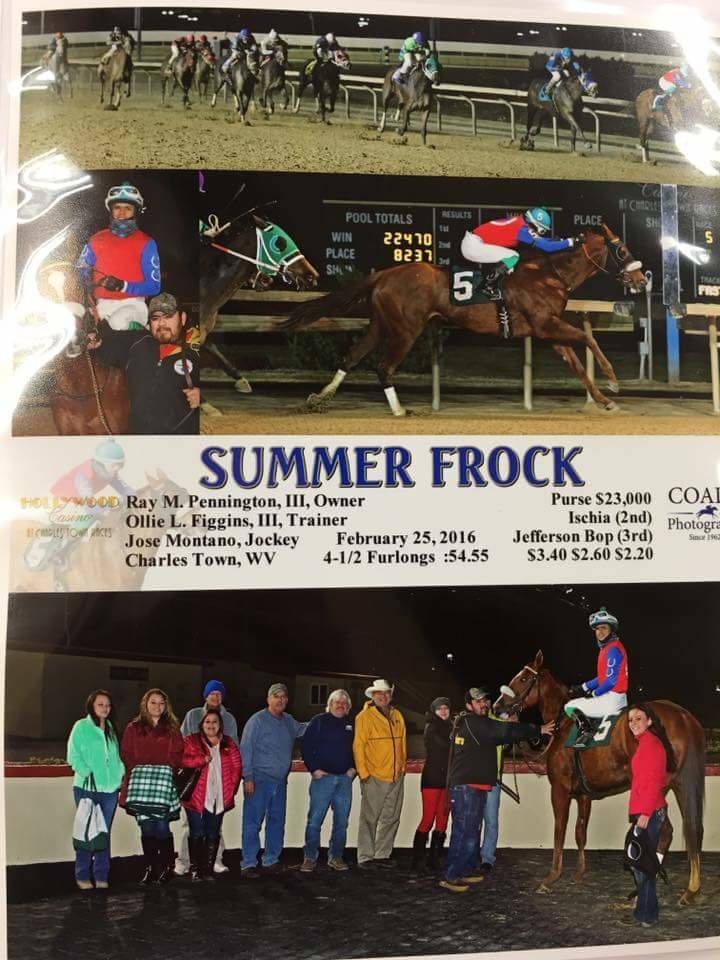 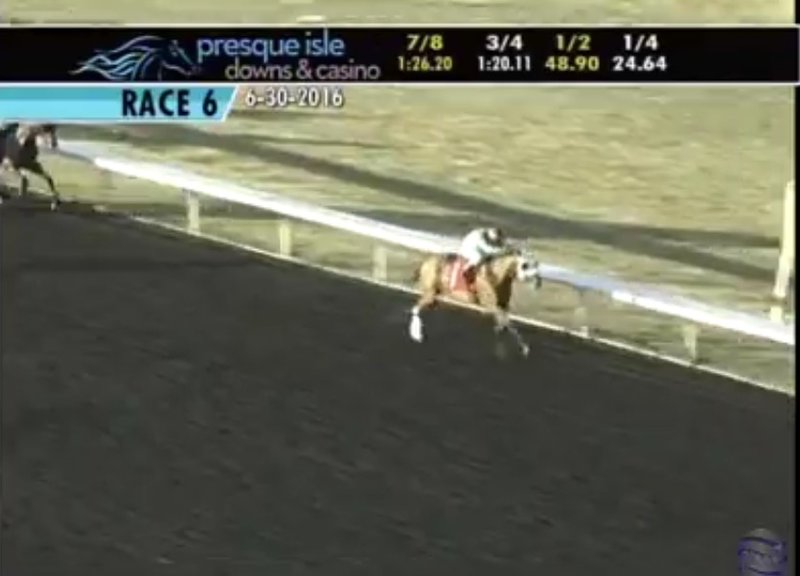 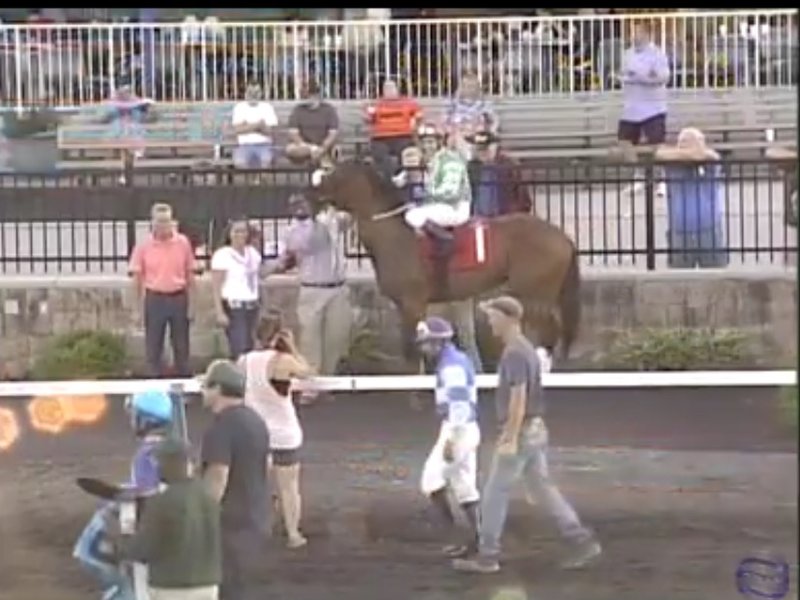